ABC Games is based on the following hypothesis: In order for children to be able to recognize letters, they need to be exposed to them. Just like a child learns to talk because they hear the oral language from birth, children learn to read by seeing the written language.

Here are five simple steps to help your child recognize and learn the ABCs:

1. All About ME - Begin with the first letter of your child's name. My son's is E.

2. Letter Spotting - Point out the letter E everywhere you can find it. On street signs, cereal boxes, books, and newspapers.

3. Letter Sound - What sound does the letter E make? Point out anytime you realized you said a word that begins with that letter.

4. Shape Awareness - How does it look? Does it have straight lines? round lines? How many lines?

5. Letter Transfer - Point out any other words that begin with that letter. 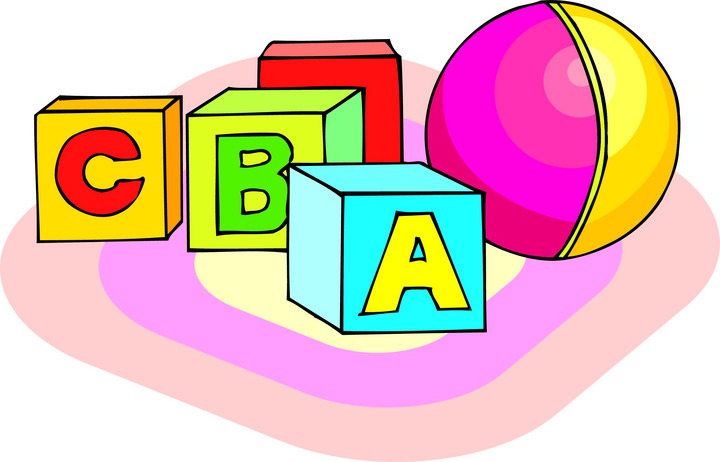 Letter of the Week

Introduce new letters based on meaningful events that are occurring in your life that week. Example: B - Birthday, C- Christmas, H - Halloween, and so on. Follow the five above methods with each letter - all about me, letter spotting, letter sound, shape awareness, letter transfer.

You can take this activity a step further by creating a Letter Scrapbook. I would only make this scrapbook with children who enjoy coloring, cutting, and gluing. Other children may find this labor intensive and not enjoyable.

- Take an empty note book with at least 26 pages (one for each letter).

- Mark the top of each page with each letter of the alphabet.

- After completing the initial five steps above, give your child the notebook and let them draw pictures and cut out images of objects that begin with that letter, and so on.

- The book gives you the flexibility to review the alphabets with your child. It is also a great treasure for years to come.

This is an easy game that can be played anytime and anywhere. There are many variations to this game and here are a few:

- Choose a letter and try to brainstorm with your child words that begin with that letter. For example: M says mmmm - Macaroni, Monster, Milk, etc. Put emphasis on the beginning sound.

- Find words that begin with the same letter as your child's name. Expand to other family members' names.

Go on a letter hunt at home, while you are in traffic, while reading a book, wherever. Take it a step further and cut out the letters that you find.

When Eytan first learned the letter E (for his name of course!), he spotted it everywhere. I took his excitement and enthusiasm to learn to the next step by sitting with him and cutting out the letter E from the newspaper. He was working on letter recognition and fine motor skills (which he needed), and he didn't even see it as work! It was all fun and games for him.

Collect the letters in different fonts, from either magazines or simply print them out from your computer. Play a sorting game with your child. Teach them that each letter comes in a variety of fonts. This game is great for children who are picture smart!

Sing the ABC song and keeping with the tune 'forget' to say one letter. Ask your child which letter was missing? This is great for musical children!

Originally I bought a wall banner from the Dollar Store for the letter that I was going to hang on his wall, but then I thought it would be more fun for Eytan to match them up himself. At first he matched letters to one another, then he would match the letters to the right pictures.

Place cards or wooden blocks of the alphabet back in the right order. Using the blocks is a great way to encourage the kinesthetic learner. How about making a tower?