Child behavior problem or problems are a part of parenting kids. Children tend to test the rules and question authority, but many parents feel frustrated when their children do not behave properly.

It is simply tiring to repeat yourself while trying to correct their behavior. It is also embarrassing when you are out somewhere and your child begins to kick, hit, spit and generally misbehave. So how can we solve this child behavior problem? I personally like using the Redirect Method. It is one of the simplest parenting skill I know.

Before I explain how it works, you must first try to put yourself in your child's shoes (it might be a little tight) and imagine the world from their perspective.

Throughout a child's day, adults continuously try to correct their behavior by telling them: "DON'T do that," "That's NOT nice!" "You are NOT allowed," "STOP that!" After awhile, we would tune out too. Plus, you have to agree that the latter order are highly negative in nature.

Children can do all those 'bad' things as long as they do it in the correct setting.

If a child is hitting his brother, a common child behavior problem, simply say: "We do not hit your brother, we hit a.... drum!" And give them a drum or a pot or anything else that they can hit. We are allowed to hit certain things, just not our brother.

If a child is spitting during dinner time, you can say: "If you would like to spit please go to the garbage or the sink." If they continue spitting, then remove them from the table and take them to the sink- a place where we can spit.

When my son was younger we played the 'finish the sentence' game, which goes a little like this: 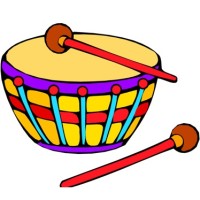 I would say: what do we hit? and he would answer: A drum!

I would say: what do we kick? and he would answer: A ball!

I would say: what do we bite? and he would answer: A fruit!

I would say: what do we push? and he would answer: A button!

I would say: where do we yell? and he would answer: Outside!

I found it helped to reinforce the behavior and when a situation occurred and he pushed someone or yelled in the house, I immediately asked him "where do we yell?" and he would automatically say: "Outside".

Actions speak louder than words. The first time your child uses inappropriate behavior, simply remind them: "We yell outside." If they continue then take them outside until they are done their yelling. I once had to stand with my son outside our house on a very cold winter day, but trust me, he never yelled in the house again. To this day he reminds me of the time he yelled and we went outside.

At Child Discipline with Love, they believe that permanent child discipline can be achieved only by way of love and by no other means or methods. Selective use of specific discipline techniques serves the purpose if you use them with lots of love. Their advice can work better if punishment, scolding, spanking, and nagging have failed to solve your child behavior problems.